Why TVNZ Should Remain in Public Ownership 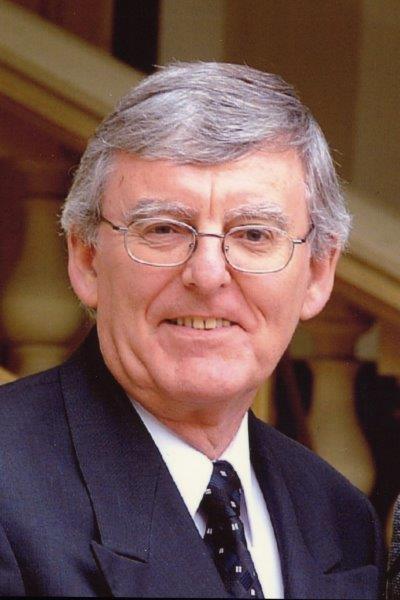 Almost all New Zealanders believe they are experts about what should be shown on television screens. When one is talking about programmes on TV One, it doesn’t take much to get a reaction about the lack of quality programmes, including news.

Television New Zealand (TVNZ) is wholly owned and run by the Government through a state owned company whose Board reports to the Minister of Broadcasting. It runs two national commercial TV channels, TV1 and TV2. The Government expects TVNZ to make a profit and pay them an annual dividend.

The Government now wants to sell off up to half of the publicly owned asset that is TVNZ.

Just a short time ago, the Government stopped funding the two TVNZ non-commercial channels 6 and 7 and closed them down. One was showing quality children’s programmes and the other was showing current and international affairs, and news and background stories to the news.

Channel 7 is now a shopping channel! That is a disgrace.

Through TV1 News, Kiwis receive a mixture of national and international news from around the world, including political events.  TV1 now shows very little current affairs programmes, compared to what it showed in the past. However it has sufficient news and current affairs to give New Zealanders a reasonable idea of what’s going on around the world, even if not in depth.

Additionally, privately-owned TV channels in New Zealand also run international news stories and some current affairs programmes (funded by the taxpayer through NZ On Air) as do both our two publicly funded non-commercial national radio networks.

In the past, Television New Zealand’s TV1 has set the standard of news and current and international affairs. This has directly forced privately-run TV3 and Prime to broadcast news and current and international affairs as well, simply to compete, otherwise they would not be taken seriously and their ratings and income would drop.

Canada and the USA

It is worth knowing about the effects of public broadcasting on two neighbouring countries – Canada, and the United States of America.

Canada has a public broadcasting system, similar to that of New Zealand, but better funded by their government, while the USA does not. This has an enormously detrimental effect on the US population and contributes to their lack of knowledge of world events.

In the USA, because of very little or no publicly owned television and public radio, other than subscriber-paid broadcasters which only a minority listen to, people’s knowledge about politicians, institutions and public knowledge and attitudes in other countries and world events is not good.

Why? Because most of their population don’t know what’s going on in the rest of the world and privately-owned  media don’t publicise international events because they don’t have to do so to compete.

The consequence of this is that the public don’t influence their politicians about international issues, unlike in other countries where there is public broadcasting.

Over 80% of Canada’s population lives within an area 300km north of the US border – many right on the border - often sharing the same towns with Americans, or cities close to each other in different countries.

During my time as New Zealand High Commissioner to Canada, between 2003 and 2006, I was able to observe the effects of two broadcasting systems on their respective populations.

In Canada on both public and private TV and radio there is a constant diet of international news and background stories about the news, including world events.

The result is that Canadians, like Kiwis, know what is going on in the world and, like us, they are proud of their country’s active role in international activities such as at the United Nations, peacekeeping, issues like the anti land mines campaign etc. They, like us, are proud that their country plays its part as a good international citizen.

South of the Border

South of the border, in the USA, nearly all Americans watch privately-owned TV and listen to privately-owned radio. There are a few exceptions who watch minority TV and radio networks that rely on public subscriptions and grants from foundations. Americans do not have a regular diet of international news stories as a matter of course, unless it’s about their President visiting another country, or an occasional disaster. Why? Because they do not have publicly-owned, funded and operated TV channels or radio stations which are required to run these stories.

There is no competition or requirement on their privately-owned media (TV, radio and newspapers) for them to broadcast international news at all – so, with a few exceptions, they don’t.

It’s much cheaper and more profitable for privately-owned TV and radio companies not to have to pay for international news stories.

In Canada, because the publicly owned TV and radio networks run regular, quality stories about what’s going on in the world, private TV and radio (and newspapers) have to do the same to compete for viewers, listeners and readers.

The CNN news channel, owned by an American and broadcast around the world, is not the same CNN news channel that Americans watch. Their CNN channel is a diet of local stories, with few international news stories.

So, with a few exceptions, Americans simply don’t know what’s going on around the world, unlike most Canadians and New Zealanders.

The reason is simple. The American government does not invest in public TV or Radio.  This means that their newspapers and private TV and radio don’t have to compete with non-existent public TV, so there is little or no news from outside America broadcast at all. The result is that the American population is isolated from what is going on in the rest of the world.

The population of a town straddling the border, or cities on either side of the Canada/US border, will therefore have  different views and knowledge of the world, one based on international news stories broadcast in Canada and the other in the US without any diet of foreign news, and with little or no knowledge about what’ s going on beyond their state borders.

Does this matter? Very much so.

If a population lives in ignorance about the rest of the world, their government can do mostly what it likes, particularly on international issues. Politicians do respond to public attitudes and pressure.

One exception in the US was the Vietnam War stories about Americans being killed which was shown on their TV and which changed public opinion to oppose the war.

When a Canadian or a New Zealand politician gets elected, it does not take long for them to be lobbied by a particular group in their electorate about an international issue. e.g. support for peacekeeping, or support or opposition about contributing to people in one of the worlds trouble spots.

Often it’s about opposition to New Zealand trading with less democratic countries, or bringing particular refugees to our shores. It will also be about wanting our Government to take a particular position at the UN or an international issue such as the elimination of nuclear weapons, or our troops being used in an overseas conflict.

Politicians in Canada or New Zealand, like our populations, are constantly exposed to international issues in our media, so they are already tuned in to most of these issues and events.

Television, followed by radio, has the greatest influence on a country’s population and therefore its attitudes to issues. It is a powerful medium. That’s why it is important that we have publicly owned television to educate, inform and entertain. That’s what makes public broadcasting different to private TV and radio.

So, however bad you think our publically owned TVNZ is, and often its news is tabloid and lacks depth and background to local and international stories, without it, we would end up like the bulk of the American population with little or no knowledge of what the world is doing.

It wouldn’t take long for this to happen here. And the result would be a population that its politicians (coupled with the influence of the business community) could manipulate because the people would be ignorant about many issues.

Already this government has abolished the TVNZ Charter which, amongst other things, said that TVNZ had to provide a range of programmes including national, regional and international news and quality children’s programmes that were educational.

What then is the future for New Zealand?

That depends on whether there are enough New Zealanders who are conscious of what the effects would be if international news stories were removed.  It’s cheaper not to have to pay for these. TVNZ has stopped many live sports broadcasts for this reason.

Gradual removal of international news on TVNZ, if privatised, would mean the same thing for other news outlets. It occurs in the US and would happen here if the Government sold TVNZ.

Do we, as a nation, want to end up with a population not knowing what’s going on in the rest of the world?

A pleasant, well meaning, educated population, which knows little or nothing about life outside the country, would soon make New Zealand a backwater in the world. We need to trade internationally. Our standard of living depends on it.  And we need an educated population who can help to make this happen.

A well educated population also means better informed politicians. This ensures informed debates and this, in turn, influences how our country acts internationally on important issues, and with other countries.

Kiwis are intelligent people. Most do take an interest and care about what is going on in the world. We punch above our weight for a country of such a small size. That’s because our media have to compete with each other to stay in business, starting with publicly owned TVNZ (and Radio NZs) broadcasting international stories. Our population are the beneficiaries.

It means we can have an influence on the world – small as we are, through our diplomats and trade representatives in international agencies. It also means it makes it easier for our business people in the wider world to sell their products and help lift our standard of living.

So a healthy debate about public ownership of TVNZ is crucially important.  It should not be sold off, even partially. The detrimental consequences for our society are too important.

Remember that, without TVNZ, we would inevitably end up as if we lived “south of the border”. That’s not something to look forward to for us or future generations.

Graham Kelly was a New Zealand Member of Parliament  for 16 years, representing the Porirua and Mana Electorates until he resigned to become New Zealand’s High Commissioner to Canada from 2003 to 2006.

Public Ownership for TVNZ
+ Text Size -
Do NOT follow this link or you will be banned from the site! Original generation time 2.0780 seconds. Cache Loaded in: 0.0380 seconds.